The tennis match – Chapter 1: An appointment is made

Welcome to my new story. This is only the first chapter and there is a lot more to come. As usual your comments are very welcome … I might take them into account to write the next chapters, who knows?

Chapter 1 – An appointment is made

When I joined the company, I was quickly introduced to Ambre. She was the same age than me, and after only one year of service, she was very successful. I understood very soon that she could either be my sworn enemy or my best ally. It finally turned out that we became good friends and efficient partners at work. It was a real pleasure to work with her, our skills were complementary and we were forming a good team together.

Only after a few months I discovered that I shared a passion with the cute brunette: tennis. She was a very good player herself and was a big fan of the same fantastic player: Roger Federer. We used to comment his matches, his style … and also his handsome physique, let’s be honest.

Ambre told me one day that the company had an agreement with a tennis club in the outskirts of the town. She rarely played as she did not find a player to play with regularly. It was definitely not the best club in the world but we had a very interesting discount to book courts and to my pleasure it was clay courts, my favorite tennis surface. Ambre and I started to play there often, she was definitely very good but on my good days I was able to compete with her. At the beginnings, we were only playing for fun but soon we started to play matches, which I have to confess I lost most of the times … still I was able from time to time to win a set or the match on rare occasions. Of course we had not enough time to complete a match in one hour session so our matches were split, we resumed where we were on the next session. It was a lot of fun actually and a way for us to make sure we gave the best of ourselves.

On our last match, I won the first set, to my surprise, 6-4 but unfortunately lost the second one 2-6 … Ambre first service became very hard for me to manage in the second set. She was unbeatable when she was serving like that. The summer break arrived finally, letting us on this even score. I took advantage of my holidays to take lessons in order to improve my service and my back-hand: I gave Ambre too many points with those two shots only, it was high time for me to level up my game. Moreover the coach was pretty sexy, it gave me the motivation I needed to progress!

I came back at work the same day than Ambre, it was mid-August and the floor was pretty empty still. Ambre and I spent a lot of time, sharing our memories of our recent break, showing the nice photos we took … we were actually good friends and despite the fact that I was a bit put down to return to work, I was delighted to be able to chat with her again. I finally admitted that I took tennis lessons to improve my game. 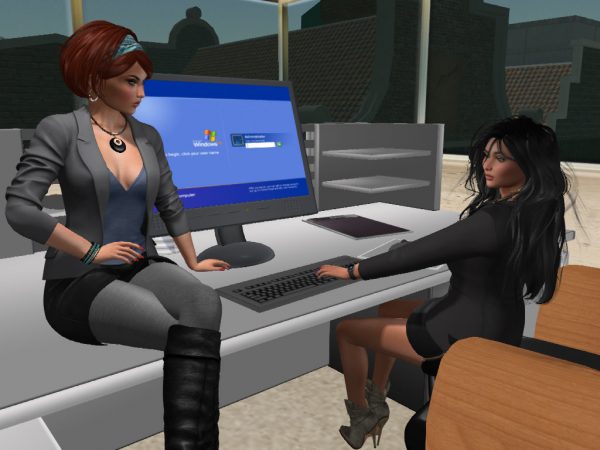 -“Really? That’s cheating” She said jokingly.
-“Well … I think I can compete with you now” I replied with a smile.
-“Oh oh … are you challenging me?” She asked amused
-“Maybe… We have an on-going match you remember?”
-“Of course, you stole the first set!” She said with a smile
-“I stole it? I won it, end of story”
-“Yeah ok … but we still have that third set to play don’t we?”
-“Yes we do … wanna play anytime soon?” I asked.
-“Sure, let’s play tomorrow evening after work?” Ambre proposed.
-“I am in!” I said. “I am afraid you will loose” I provoked her. 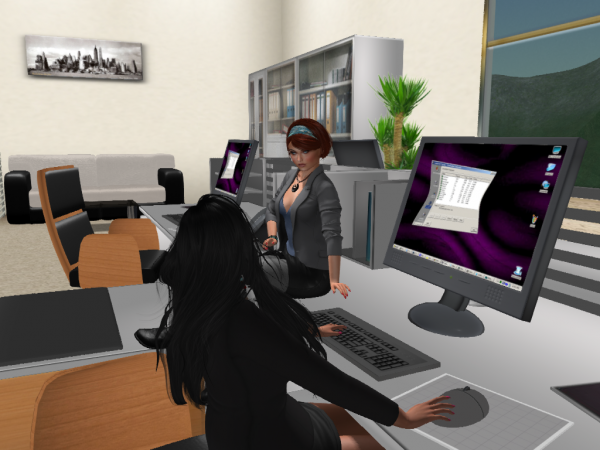 She laughed.
-“You are so sure of you Cathy! If I was not broken I would bet on my neat victory!” said Ambre.
-“Well that’s a poor excuse Ambre. But we will see that on court tomorrow.” I said trying to impress her. Half of a tennis victory is psychological … so it could make the difference, I knew it.
-“Yeah ok!” she said staring at me trying on her turn to impress me.

We both laughed at our stupid game and ended our first day at work in good humor. I secretly hoped my tennis training would be enough to beat her.