Jailed! – Chapter 4: The trial and a surprising encounter

This is the fourth chapter of the series “Jailed!“. I would advise that you read the previous chapters before you read this one.

I nearly did not sleep the night preceding my trial. I could not prevent myself from worrying all night. I knew my attorney would do his best to get me out with a minimum sentence, but . . . what if he failed?. I would have to spend months here, maybe years … who knows how severe those judges could be? 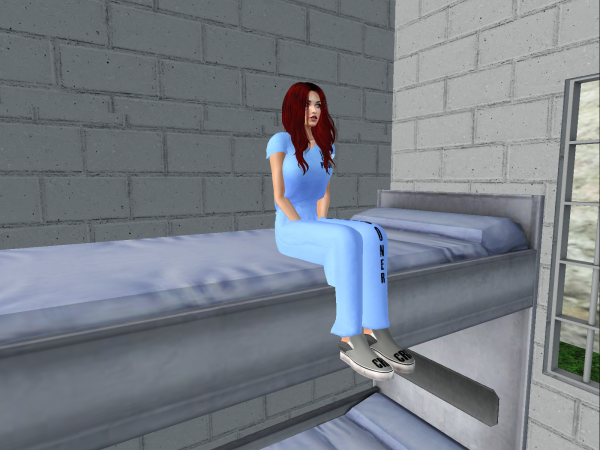 So when finally the alarm system woke us all up, I felt relieved: at least the busy prison environment would keep my mind occupied and I would be able to finally stop worrying, what a relief! A brain is sometimes just a pain. The prison was a place where everything had a strict schedule, it prevented inmates from thinking too much … bending the rules was always a bad idea, or a good one if you liked to attract the guards attention, at your own risk. Consequently, and quite surprisingly knowing the kind of population that inhabited the place, everything ran smoothly: Hotheads were dealt with swiftly by the guards, so it was relatively safe in the prison – the worst ones were actually the guards themselves. 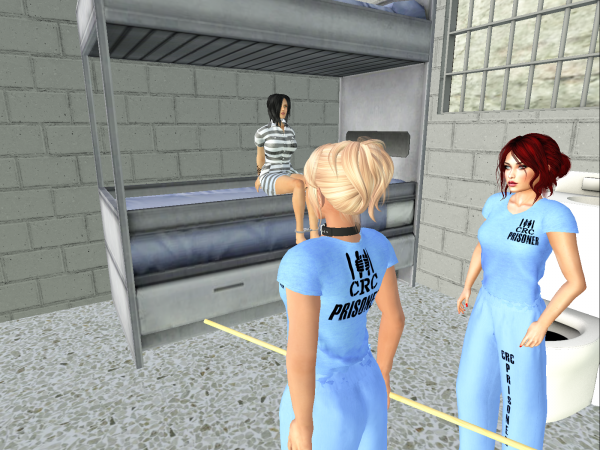 I had a quick breakfast, I was not very hungry to be honest. Then another shower without any privacy, but that was something I learned to live with. Finally I went back to my cell, where Jenny was chatting with Carla, another inmate. Carla was a character … she loved to do chores, can you believe that?! Well it was hard to understand at first, but I finally figured it out – not that I would become a chore enthusiast myself but she had a point: it kept her occupied all day, and she was so exhausted at the end of the day that she had no problem sleeping . . . that was my theory anyway. So, guess what I did? I followed her in her hectic morning and did all the chores I could do … until the head warden approached me with her usual contemptuous smile. 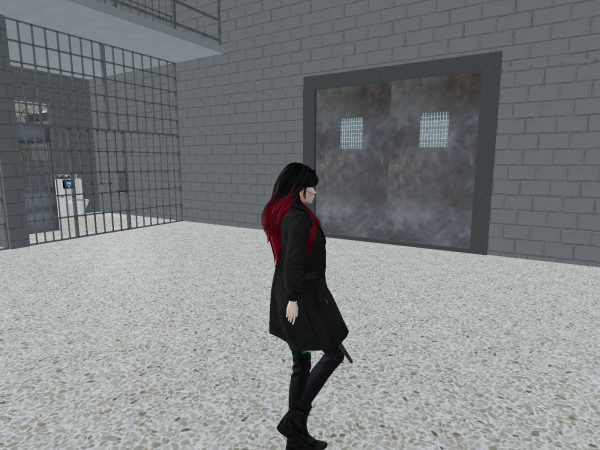 -“Palen!” she snapped. “You come here! I am going to escort you to the court, it is time!”

Carla looked at me with encouragement.
-“Good luck dear!” she whispered.

I nodded and walked towards the guard, who cuffed me, then rudely pushed me towards the exit corridor. It felt strange to finally walk outside, I had this feeling of freedom again, even with the cuffs on. The court was on the other side of the street, so she did not bother to transport me in a secured truck … we just walked over. The people in the streets did not look surprised or shocked, but I felt bad under their judgemental scrutiny. “Come on guys!” I told myself, “I am not a murderer.” … but how could they know? Sometimes just a look can hurt, I felt it that day.

We finally arrived and the guard led me to the dock, where she leashed my cuffs to a post. I felt really low, almost subhuman – like I was a dog or something. My attorney gently smiled at me and nodded; at least I had an ally in the place, it was definitely something I needed at the moment. Behind me the room was empty except for the guard and a bearded guy with an oriental style. The bearded guy was staring at me. I could definitely understand that an exhibitionist trial was not very exciting, but why on earth was this guy here? I was absolutely certain I did not know him. He did not look like a student or a person of law. I shrugged and turned to face the judge, who had just arrived. 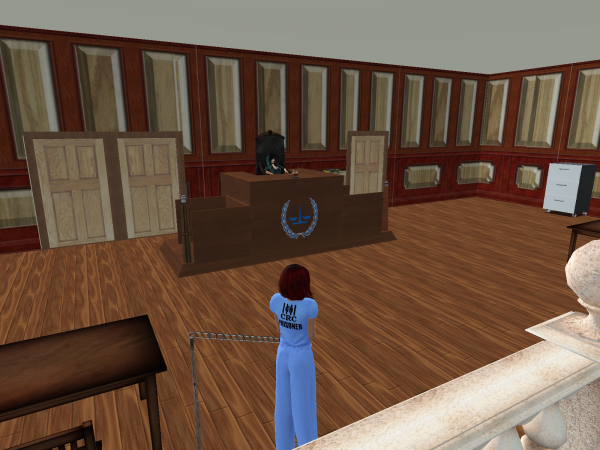 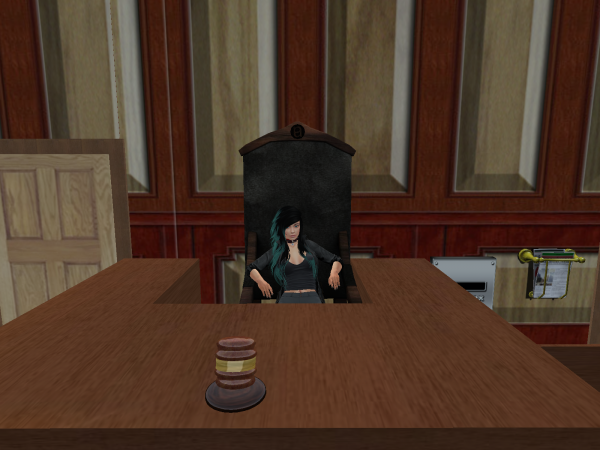 The judge was a woman, she did not look too stern but the way she looked down at me from her high post made me nervous. She put on her glasses and started to read the charges against me. My attorney finally stood and started to plead. According to the strategy we worked out together we pled guilty, there was no other way given the evidence they had against me … He told the judge it was simply a moment of madness on my part, that I had no prior criminal record, and that it would never happen again – lesson learned.

The judge looked at me the whole time. I got this creepy feeling she could read my mind, her scrutiny was so intense I could nearly feel her stare on my skin. She asked me a few questions to confirm what my attorney said and finally made us sit. She took several minutes consulting her notes. Finally she raised her head and made the whole room stand: we were about to hear the verdict. My heart was beating so loud I was afraid I would be unable to hear it. I held my breath… 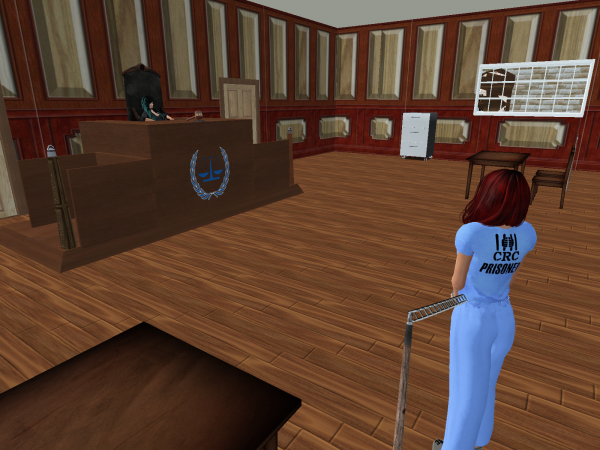 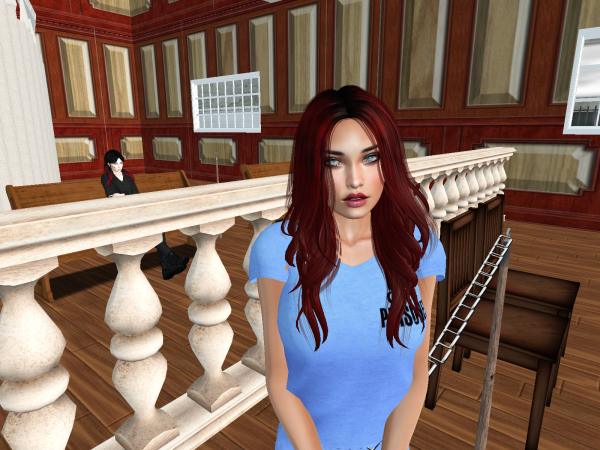 -“Cathy Palen …” she made a long pause … “the court sentences you to prison for 5 days and to pay a fine of 20,000 L$. The court expects that you will behave from now on and that you’ve learned your lesson” she concluded.

I was able to breathe again but unable to speak. My attorney looked at me and smiled – he was happy with the judgment. So was I – it meant I would be out the next day. I was so relieved that I hugged him. I still could not believe the sentence was so light. The judge left the room and the guard approached me to unleash me and escort me back to the prison.

Leaving the court I saw the bearded man still there. He stared at me the whole time, until we exited the room. He made me very uncomfortable, I wasn’t sure why but I felt it in my guts.

Also the guard seemed very upset, she was obviously unhappy with the sentence.
-“You have been very lucky!” the guard said in an angry tone. “Never saw that judge being so accommodating with filthy bitches like you.”

“Gosh!” I responded in shock … she was definitely angry so I kept a low profile. I figured it was her strategy to provoke me and cause me to make a mistake in order to keep me longer in that crazy prison. I did not fall into her trap.

I was finally brought back to my cell, where I told everything to Jenny. She was really happy for me but I could also feel sadness in her tone. I could imagine that having people like me leaving all the time while you were stuck in such a grim place was hard to handle. She nonetheless played the happy girl, and warned me against the guards who would try to push me into doing something foolish so they could find a reason to keep me in. I resolved not to give them that chance – I would behave perfectly. 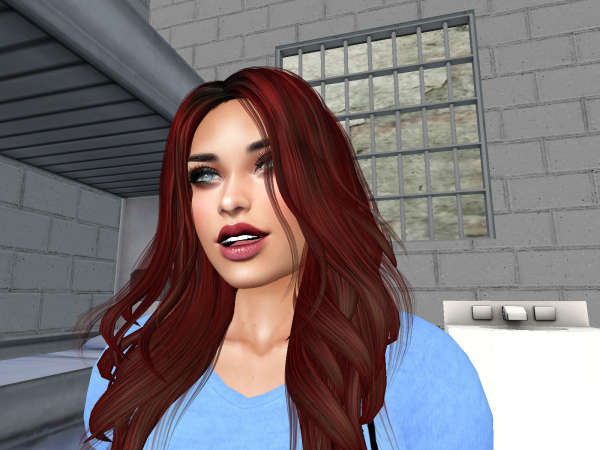 We started a little tour of Jenny’s friends to spread the word of my upcoming liberation. Their enthusiasm was mixed with sadness and jealousy sometimes, but we all agreed to share a last meal together at the canteen to celebrate. We were in the middle of organising this when another guard came to me and said I had a visitor. I followed her, wondering who it could be. I was not expecting a visit. 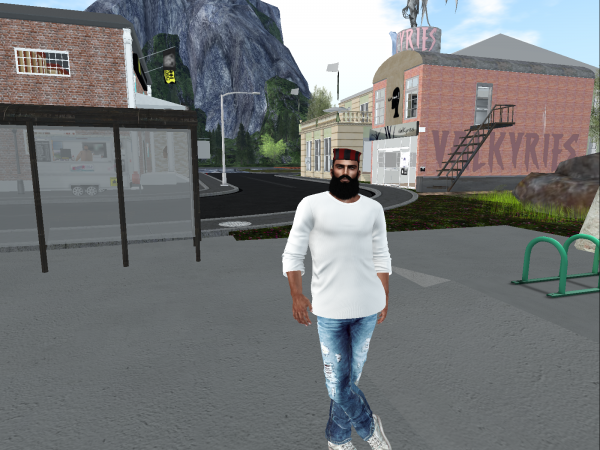 When I arrived in front of the grid I saw the same bearded man who had been at the trial. I approached cautiously and asked him who he was. He revealed he was a chaplain for the prison. We had a long discussion in which he told me his views, I gave him mine about personal freedom, which, I explained, could lead to mistakes but was worth facing the consequences. I was at all times very respectful, but he lost patience when he saw I was not willing to consider his views on the right path of life. He was a bit upset, but left me with this proposal: If I was willing to change my life for the better, he would be happy to help me. 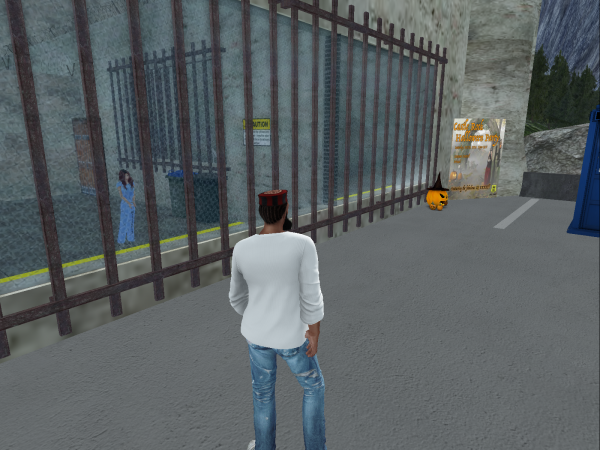 After he left I thought about our conversation, but all I could determine was that he had piqued my interest. Then I had to hurry to join the girls and celebrate my next-day departure with them.

2 responses to “Jailed! – Chapter 4: The trial and a surprising encounter”