This is the third chapter of the series “Jailed!“. I would advise that you read chapter 1 and chapter 2 first, but this is up to you, of course! I hope you will enjoy the sequel.

I opened my eyes and sighed … around me the grey walls of my cell, I was still in prison. It was still early in the morning. It seems that for some obvious reasons I could not sleep long in that place. I let my thoughts wander, listening to Jenny’s calm breathe. At least when we slept we could evade in a way, our minds were still free to go wherever our imaginations could transport them.

At 7.00 AM, like each morning, the automatic doors unlocked and the alarm system waked up the whole prison. The guards were in the hall having a closed look at all of us. The only friendly face I could see was the nurse … at least the staff was having a human person, the others, well they were all beasts as far as I was able to see. 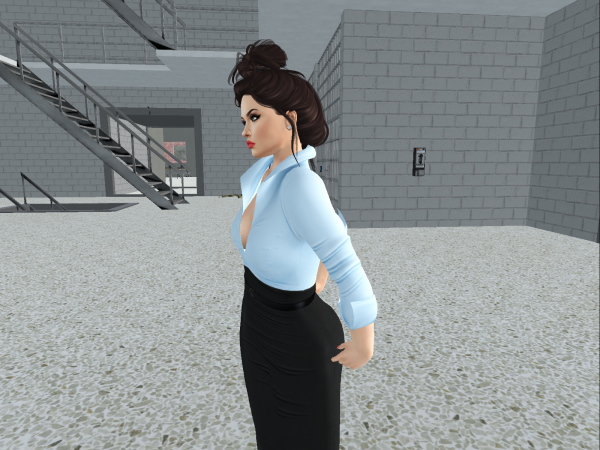 Jenny yawned and stood while I was doing a few abs on the top bunk. This is when I noticed a massive guard standing near our door about to make her way in. She was gigantic compared to Jenny and I and I was really scared to be honest. She made us line up against the wall and stared at us for a long time, as if she tried to read our minds. 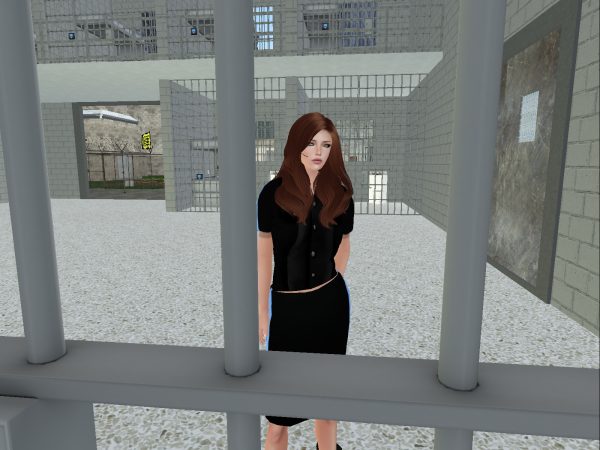 She eventually smirked.
-“Inspection time!” she said speaking for the first time.

She turned to our beds and removed the mattresses and started to search in every possible place we could have hidden something. I was fine, I had nothing to hide but what about Jenny? I quickly checked her face and she seemed calm as well, so probably we would go fine with that inspection. After ten minutes throwing all our things on the floor of the cell, she finally gave up and came back to us, still lined-up against the wall.
-“All right, it seems in order” she said. “Clean-up that mess now!” she snapped and as we were not fast enough to react, she yelled “Now! Am I clear?”

Jenny jumped and was the first on her knees, collecting all her personal stuff that were spread on the whole surface of our small cell. I felt really sorry for her and helped her to grab her stuff… On my side I had quite nothing apart from the uniform pieces I have been given when I arrived. It felt horrible to see Jenny’s prison life exposed like this, a few letters, drawings and sketches, books and CDs, even her dildo. It was like we had been robbed, it felt very similar at least. We were finally done and the guard nodded.
-“Good!” she said in a neutral tone. “Shower time, grab your things.”

It seemed our brute was not able to communicate much. Jenny and I took our toiletries and followed her. It felt odd to strip and wash under the scrutiny of someone but I just turned my back to her, as did Jenny, and I could nearly forget about her presence. 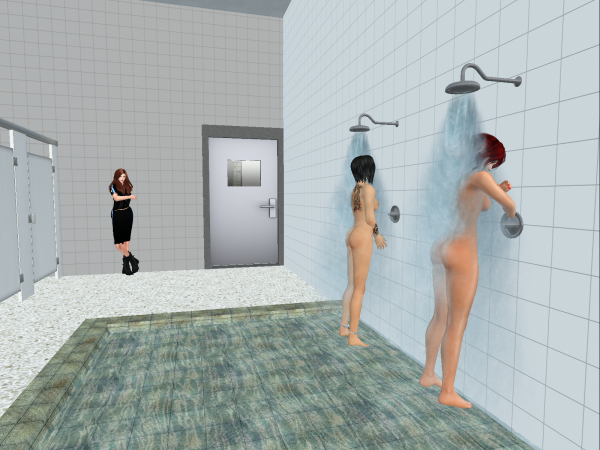 She let us dress back and escorted us back to the canteen where she abandoned us to join her fellow guards. Jenny told me while we ate that the rumour says that Ronda (the guard name) is a transgender and was a male before. That could explain her incredible size and build, I thought. She apparently enjoys a lot those inspections which also gives her the opportunity to watch her victims to shower later, she was a voyeur… I felt disgusted. This prison was full of weirdos.

Jenny and I parted. She needed to do some chores and I needed fresh air so I went out to the main yard. There were nobody to be seen, apart from a lone guards near the fence, playing with her phone. So unprofessional, she was completely absorbed by what she was looking at and did not even answered my salutation. I wondered if she would notice if I tried to grab the fence, which I would definitely not do as it is electrified. Still this was amazing. I looked up to check if I could spot sentinels but I was not able to see anybody.

I remembered Jenny mentioning an outing where most of the inmates are to be taken out to help at fixing roads… this was probably today, I made a mental note to ask Jenny later… the intervention of Ronda made us miss that “opportunity”… I was not sure it was good or bad actually. So apart from Jenny, I and the high security prisoners locked up in their quarter, the prison was mainly empty. It gave me a naughty idea… the more I thought of it, the more I felt it was a very bad idea, but the more I felt aroused. This was a unique opportunity! Never the yard would be again that empty… without thinking more, I went to a corner and stripped, I was fully naked within the prison yard and it felt amazing!

It was not enough for me, I needed to feel more and I ignored the consequences. I tiptoed towards the guard still busy with her phone and I approached her… I was a few meters behind her, in all my nude glory. She would have turned her head to me she would have caught me but she never did. 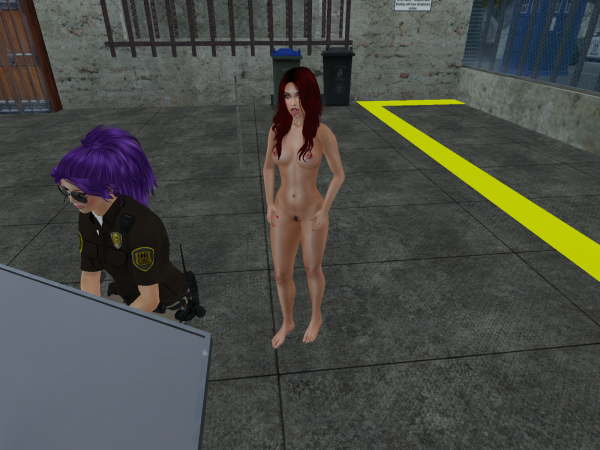 Very nervously I backed and grabbed my uniform and reluctantly dressed back… I could not believe I did it, but I did. I felt so aroused that I wanted some relief. I was on my way to find a private spot when I heard a familiar voice.
-“Pssst! Cathy!”

I turned my head and looked at the face on the other side.
-“Kod!! What are you doing here?” 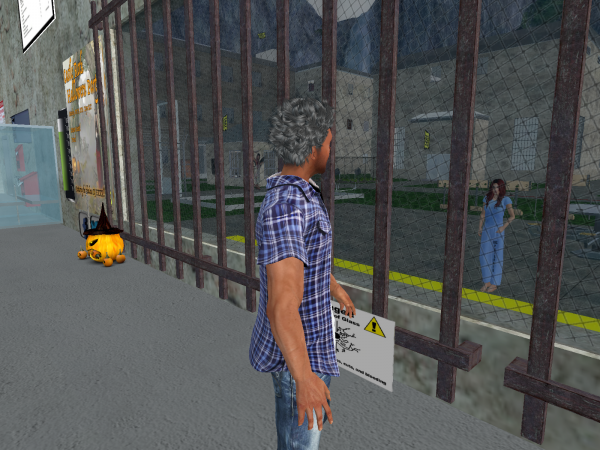 He smiled.
-“Well I could return the question actually.” he said with his usual good-humoured tone. “Your attorney told me you were in jail … I decided to pay you a visit. What did you do this time?”
-“I, well, I played my little exhibitionist games and it turned bad this time.” I told him. “I cannot prevent myself doing this, it’s not really my fault.” I told to justify my behaviour.

He nodded and smiled.
-“Cath, you know I would not complain you playing those games, quite the contrary actually… but be careful!”

I nodded.
-“I told you, I cannot prevent myself! Actually I just did it again … a few minutes before you arrived, I was flashing the main yard in the buff!”

He took a very serious look and scolded me:
-“Cath you have to promise me not to do this again ok? At least as long as you are here. I know this prison from reputation and I do not think they will ever let you out if they catch you. When is your trial? What penalties are you facing?”
-“Trial is tomorrow. According to my attorney I will get a severe fine and a file unfortunately.” I said feeling bad now.
-“Ok, behave until then! We will chat when you’re out! I have to run now, but please behave!”
-“I promise!” I said.

He said goodbye and left, letting me to my thoughts. Jenny joined me later and I had an uneventful rest of day. I never mentioned what I did even to her. I was firmly decided to control myself … at least until the trial.

One response to “Jailed! – Chapter 3: Flashing the prison”