Jailed! – Chapter 2: Waiting for the trial

This is the second chapter of the series “Jailed!“. I would advise that you read chapter 1 first, but this is up to you, of course! I hope you will enjoy the sequel.

I woke up the next morning and opened my eyes … it had not been a nightmare, I was in jail for real. I had no idea what time it was, but it must have been quite early as the sun was just rising, painting the sky with stark, unearthly colours. The peaceful breathing of my cellmate Jenny was the only thing I could hear. 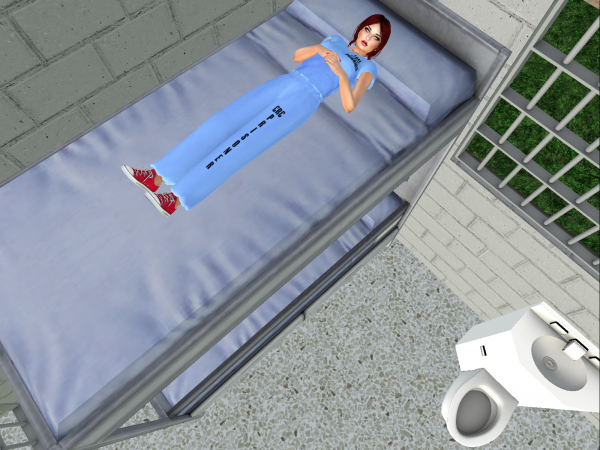 I laid in the prison bed, eyes open, thinking of what to do next: the first thing was definitely to call my attorney. He might be able to get me out of here. I sincerely hoped he could achieve that as I was so stressed over being locked up here with who knows what kind of people, criminals for sure. I had heard that the inmates in these prisons could get pretty violent, so I would have to keep a low profile and learn the rules quickly.

One of the things I found appalling about my imprisonment was the public toilet in our cell. Here, no privacy was allowed, even for this. But I finally could not resist the urge to pee anymore.  Since Jenny seemed to be still asleep, I climbed down the metal ladder of the bunk bed as quietly as I could manage and sat on the toilet, which was set in a corner of the cell. But no sooner had I started to pee than Jenny awakened! 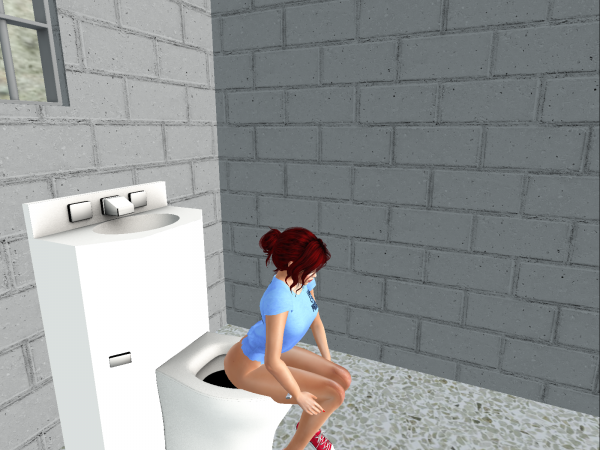 -“Hi sweetie!” said Jenny brightly, sitting up on her bed. “How are you dear?”

I felt rather uncomfortable sitting there butt naked, engaging in conversation with my new mate.

-“Sorry!” I said as I tidied myself up and flushed.

-“That’s ok!” she said, smiling. “How are you?” she repeated, apparently concerned for me.

-“Poor thing!” she smiled, “Well, it takes some time to be able to … ” she said in a compassionate tone.

-“What about you?” I enquired, remembering her punishment.

-“Well … my back is aching, but this is not the first time I’ve gone through this. It will pass eventually.”

I nodded, feeling sorry for her. I had apparently been very lucky. Jenny was friendly and cool. We chatted for some time, I felt confident with her and she explained to me a lot of the rules and who not to mess with. To put it short, she provided me with a guide to survival in the penitentiary.

We were interrupted when a guard unlocked the door.

-“Palen! You’re to come with me and call your attorney.” she said without further introduction. I nodded and followed her through the corridors until we reached a little office where I was asked to sit. I gave the name of my attorney, she looked up his number and entered it for me, then left me alone. The communication was short – my attorney promised he would come in the early afternoon to explore our “options”. That is what he said. I sighed when I hung up.

I was then escorted to the canteen to grab a breakfast. The room was pretty empty. I quickly ate something, isolating myself in a corner and avoiding any contacts. Jenny was not around, and without her I thought it might not be cautious to engage in conversation with anyone. 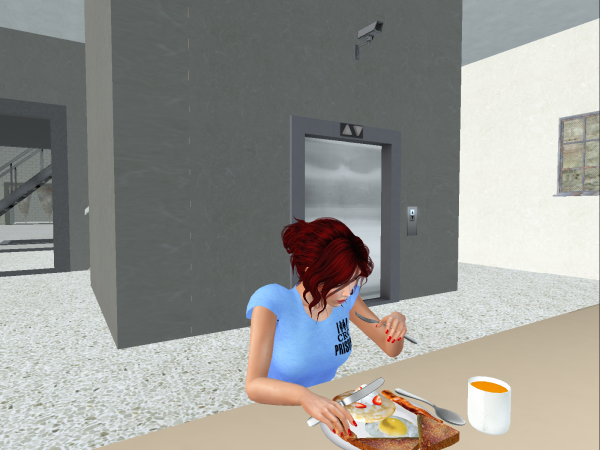 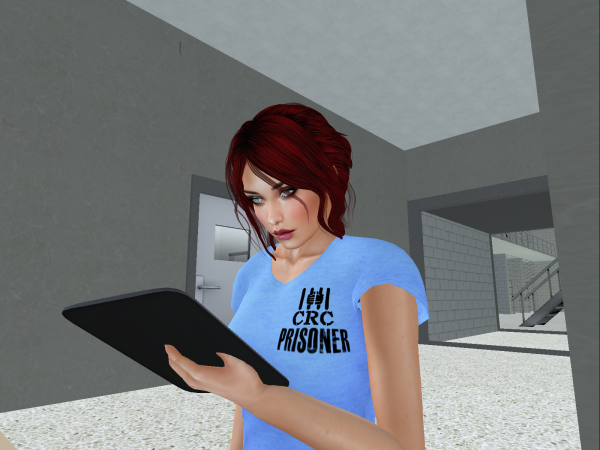 As I was not considered a dangerous prisoner, I had been granted the right to wander around the prison quarters apparently. I went to the main courtyard, Jenny was there with a few of the other inmates, she introduced me to them. One of them was in the death row, I felt a cold shiver going down my spine but I remembered what Jenny taught me in the morning “Never ask what they did to end up here… never!” and I did not ask. I could not prevent myself imagining horrible things, still the girl seemed so soft, so nice, she did not seem to deserve this, after all nobody deserves such an end. 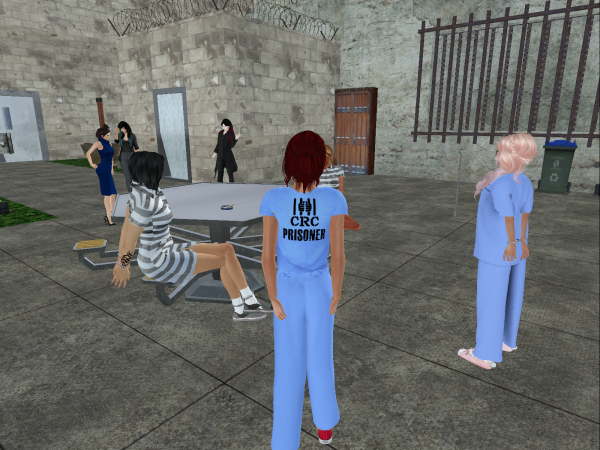 Prison staff was having a close look at us, so I made sure not to make myself remarkable. All of them were pretty awful, using any reason to humiliate inmates or punish them – Jenny warned me about that. The worst of them was probably the head-warden, the one who actually arrested me. When I described that encounter to Jenny, she said I must have caught her on a good day, as normally she was much worse. The only one who was sort of friendly was the nurse … as long as you called her ‘doctor’, she was nice… so I called her doctor that day when I was introduced to her and it seemed to make her happy.  It is easy to make enemies or allies in prison, but things can change very quickly.

That morning, waiting with growing expectation for my attorney, it felt like I had too much time on my hands. I was anxious and thinking too much. I was unable to pay attention to the conversations of the other inmates, who acted as if things were normal. I knew it was a way to escape for them, to pretend they were living a normal life.  I couldn’t stomach the idea, working hard instead to convince myself I would probably be out by the end of the afternoon. My craving for freedom was building in my head, and I was turning crazy. I politely said goodbye to the girls and went to explore, I needed to keep my mind and body occupied. I worked out at the gym, volunteered for ironing at the laundry, got lunch, and finally went to the library to choose a good book. 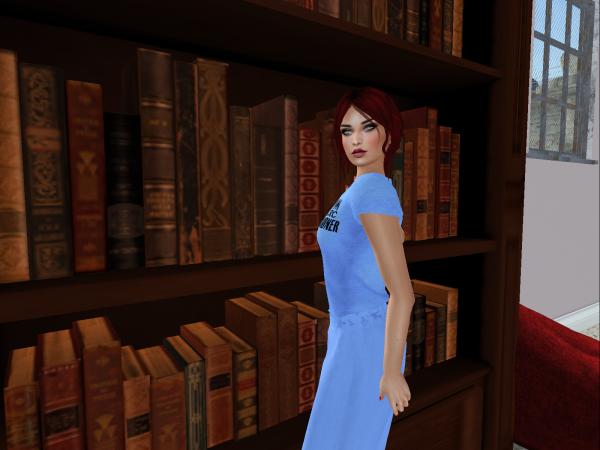 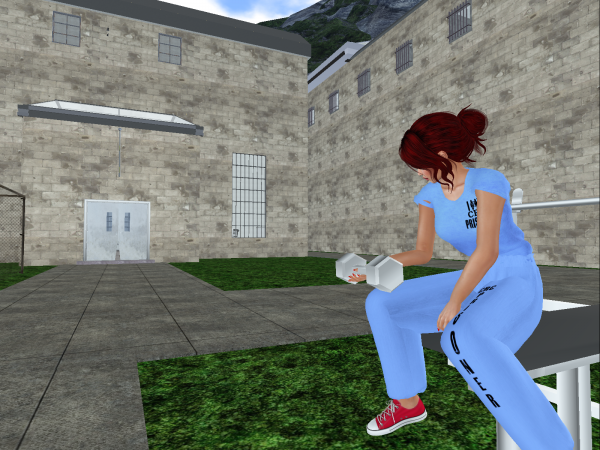 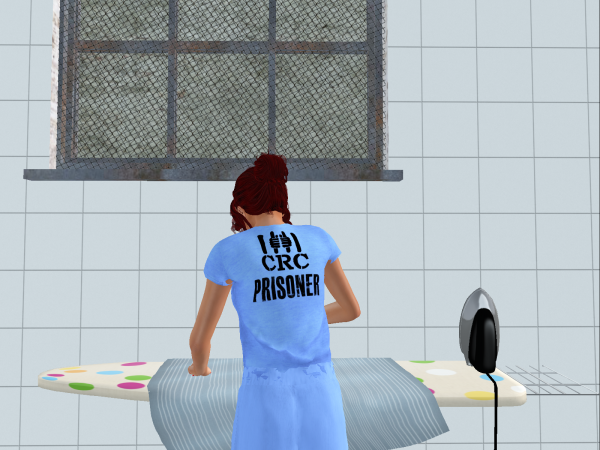 I was on my way back to my cell when one of the guards told me my attorney had arrived. Finally! She led me to the main courtyard, to the fence where my attorney was waiting for me – well, on the other side of it of course. I was amazed to see that the prison had no proper parlour for visitors, this was absolutely crazy but I came to terms with it. It wasn’t easy to explain the facts to him, I was so ashamed to reveal to a man who was nearly a stranger that I am an exhibitionist at heart. Still, he did not overreact, he probably had some cases way worse than mine. We discussed my case for a long time and he finally convinced me to plead guilty, given the evidence they had against me. This shattered all my hopes of being freed before the trial. 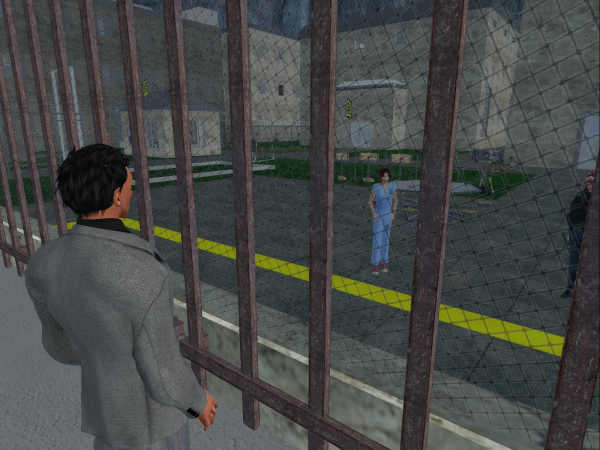 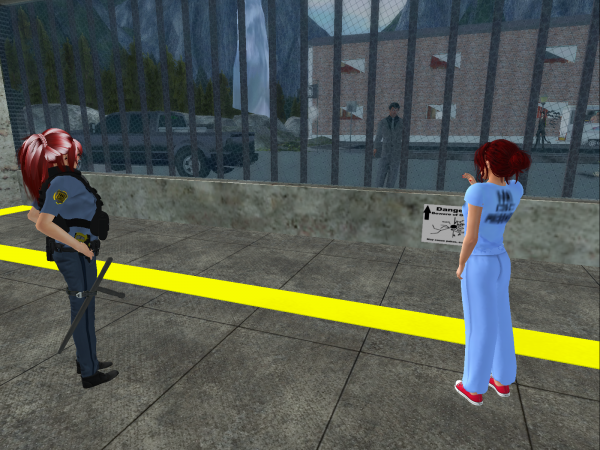 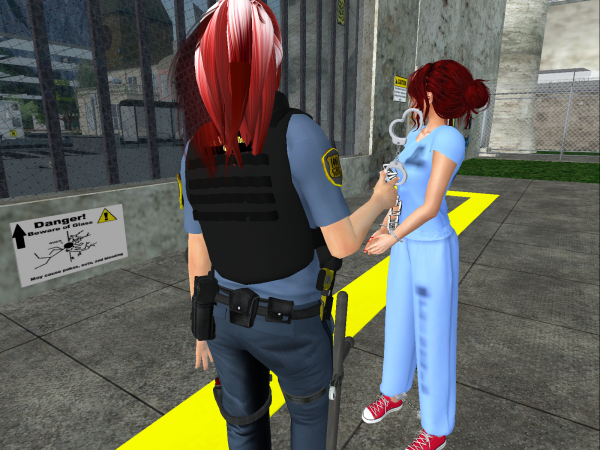 We parted and arranged to meet at the trial in two days. I was in complete despair when I returned to my cell. Happily Jenny was not around as I needed to be alone to think. I cried a lot and finally decided to have an early dinner, a good shower and then a good sleep. Another day in jail was awaiting me. 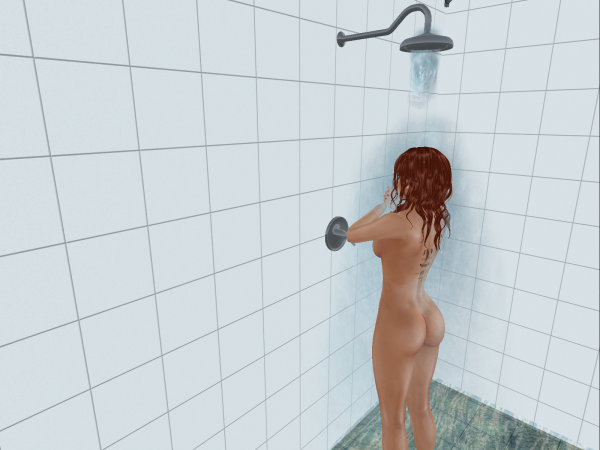 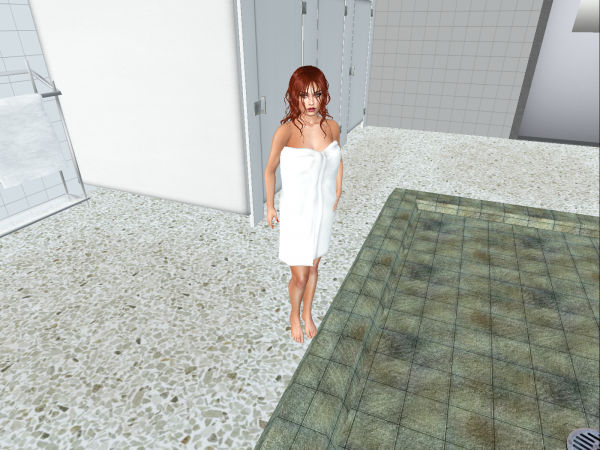 TO BE CONTINUED in chapter 3

4 responses to “Jailed! – Chapter 2: Waiting for the trial”