Some of you probably remember Coach Oliphaunt, a SecondLife photographer. I have told you the story of my disappointing first interview with the man, which I felt was a major failure. I am probably very selfish because I have never been able to pass over it and forget, so, when the man called me the other day, asking if I had completed my mesh transformation, I could not resist the invitation to meet him again.

I arrived in the same room I remembered him being so cold with me. The room did not change much, maybe a few photographs on the walls were slightly different but I could definitely not say for sure. The man has changed drastically though, not really his manners, but he apparently went through the mesh transformation himself, and he looked definitely more appealing than he used to. 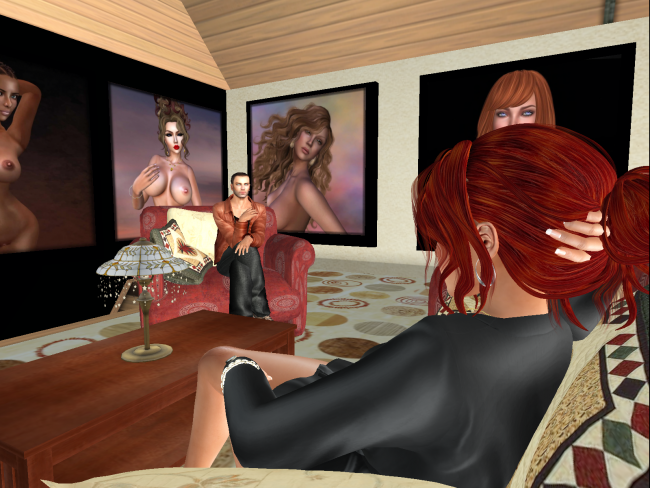 He followed the same process than last time: we started by a little chat in order to let the tension go, then he asked me to strip naked, and he finally inspected my body shape to ensure I was fit for his photographs. 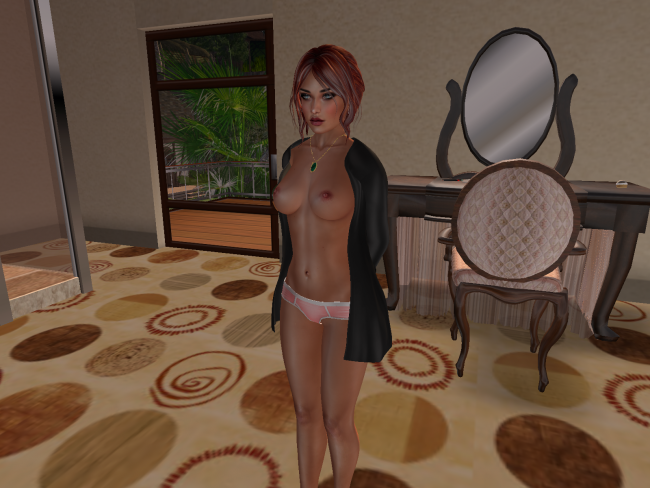 I think I was even more nervous than last time because I already faced a failure at this stage, and facing a new one would have been really painful for me. But this time, I went through and he even managed to give some compliments about my transformation. He led me to the photography studio which is located in the basement of his little house.

The room downstairs was very dark with all its walls painted in black, and very large as well. Only at its end was the stage, under intense light, behind which was a wide white screen on which I understood he could project any background of his liking. He invited me to step onto the stage and to relax while he prepared the lights and the cameras for the shooting. I was impressed but I managed not to show it too obviously.

Then, finally, the shooting started. He made me take a lot of different poses, mostly glamour ones which seems to be his preference, but nothing was vulgar. It was plainly artistic nude, up to a point when he started to ask me out for a date. It was so out of context, I was taken by surprise. I managed to politely refuse, but I clearly felt he was annoyed by my answer. I finally understood what all that was about: an elaborate scheme to bring girls at his home, make them strip naked and enter into a seduction game … I felt a lot less comfortable, suddenly, and managed to put an end to the shooting. I think he was more inclined to, since I refused him earlier too.

I left the studio a bit annoyed myself. I have to recognize that, for a change, this man’s approach is original and pleads in favor of his creativity. However it is based on deception of his targets, not really something I really appreciate … The guys is smart definitely, I guess many have fallen without doubting all this was all very well planned.

To console myself, I have a few decent shots (well indecent actually) of my new body that I can use for a book.

0 responses to “A disappointing interview – Sequel”