It all started with a message from one reader. The man, I did not know before the event, told me he knew a night club I could come to appreciate, given some posts he has read. He remained very cryptic about it, and this is what hooked me definitely, I wanted to know. Yes, I know, I am too curious! Well this is who I am, you will have to deal with this.

So the man, let’s call him Ron, as he probably wants to remain anonymous, brought me to the club he wanted to show me … He made me promise beforehand that I would be his date for the evening. This was becoming more and more curious, and consequently appealing. So basically, I said yes.

When we arrived in the club, I suddenly understood what it was all about: a black club. A club with tall and well built black men and the women who are into this kind of men. There was more to it, most of the women there were accompanied by a husband or a boyfriend, so it was a sort of swinger club where the men introduced their wives and girlfriends to other men for interracial sex.

Well I have to confess I have a fantasy for black men, mainly because of the legend of their … tool, said plainly they are usually well hung. The miscellaneous adventures I had with Mario (see Black surprises and And a few more black surprises) confirmed this is mainly true.

The dance floor was crowded, but I definitely wanted to dance, so I grabbed my new friend hand and we started to move our bodies … He seemed happy and was actually not a bad dancer. We were soon accosted by a tall and seductive black man who asked (well I am not sure he asked actually) to get the next dance. Ron nodded and gave my hand to the man who called himself Mussah, not sure it was his true name though. We had a very good time together and danced for maybe one hour or so. I realized I completely forgot Ron. It is Mussah who reminded me of him, I felt awful. 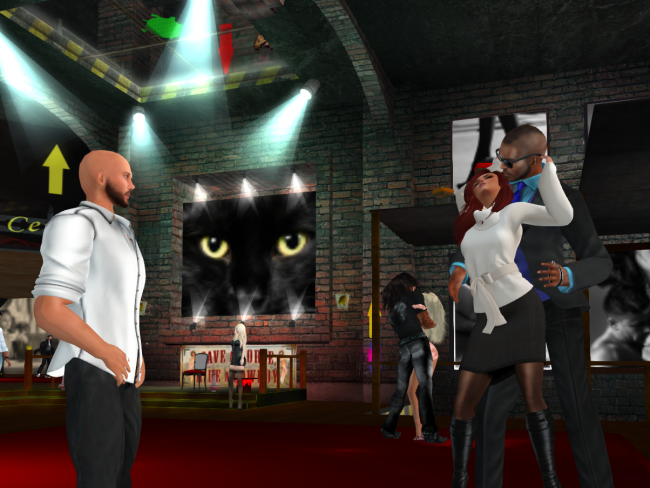 Well Mussah invited both of us to his home to end up the party in a “proper manner”, that were his words. He told us he owned a great mansion and well,  it was an offer hard to refuse. Ron was in too and Mussah led us outside the club and into his luxurious car.

Half an hour later or so, we reached the rich suburb of the town, and Mussah pressing a button from his car, made the gate of a nice villa to open for us. What really surprised me is that, as soon as I got out of the car, his behavior completely changed!

First, I was instructed with the rules of the house: no women are allowed fully dress in the house. He asked me to undress right in the front garden, on which Ron insisted I should please our host. None of them seemed to be fully aware of my little exhibitionist fantasy. I faked to be embarrassed, but the  only thing it actually managed to do is to arouse me.

Once I had dressed down to my sexy lingerie, we received the clearance to enter the luxurious house. We entered in a large white hall, Mussah seemed to actually be a very rich person.

-“Wait here!” he said while he walked away, vanishing in a room for an instant. He came back carrying a cushion which he dropped at my feet. “On your kneels bitch, I want you to suck your boyfriend!” he ordered. He gave me a hard push on my back which made me actually kneel on the cushion. He put his strong hands on my shoulders to ensure I could not stand anymore and nodded to Ron to approach. 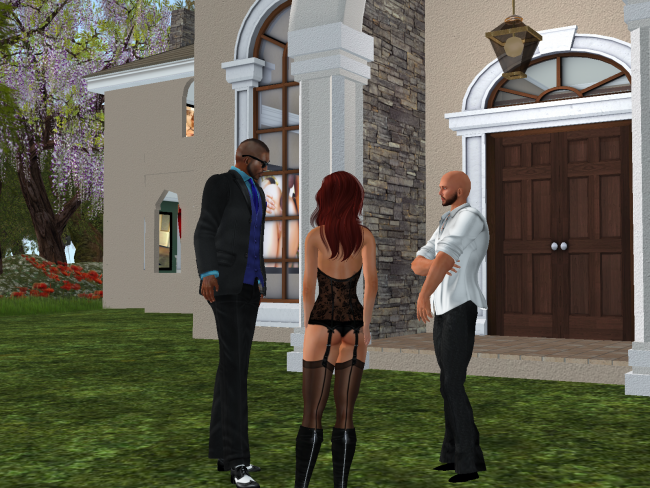 Ron was actually even more shocked than I was, despite the appearance, I was enjoying the situation. Ron on the contrary was apparently terrified and probably stressed to do that in front of Mussah, I had a lot of difficulties to … well to put him in the right conditions. While watching at us, Mussah stripped naked and having lost his temper, he pushed Ron aside and I was confronted with a totally different manhood, not that I could possibly complain. 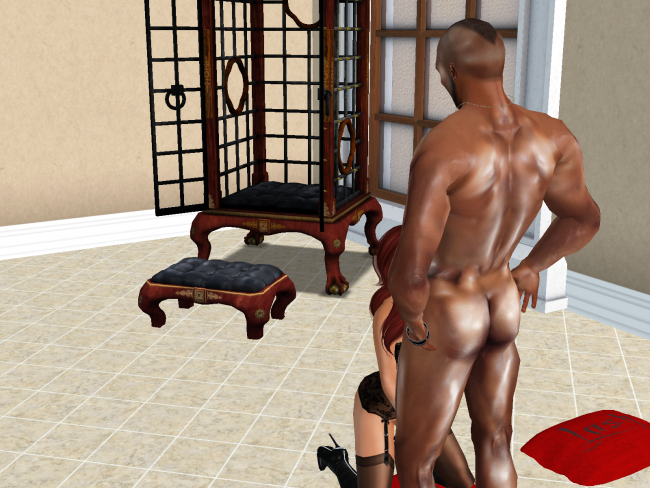 It definitely woke up the devil inside Mussah, and the only thing I could report of this, is that it was rough sex, and as surprising as it could appear, I enjoyed it a lot. Ron admitted that he liked to witness it a lot as well…

Finally Mussah regained his final normal human behavior and we spent a nice end of evening, installed in comfortable armchairs, discussing of normal life, as if nothing had happened. 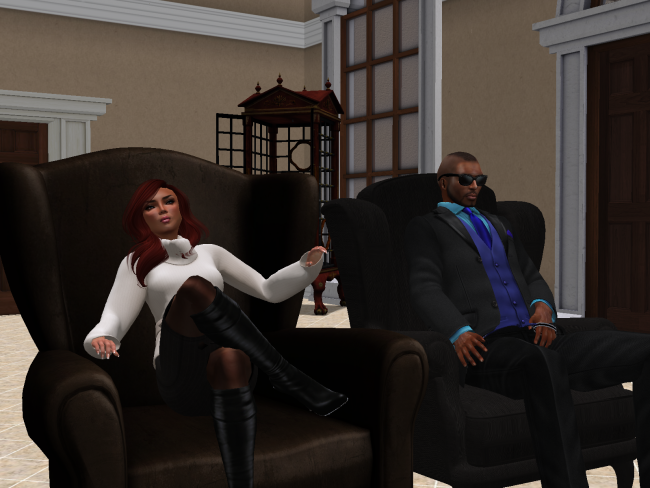 Did you ever experience this kind of encounters? Did you like it? Yes or no, why?

0 responses to “Rough is good”