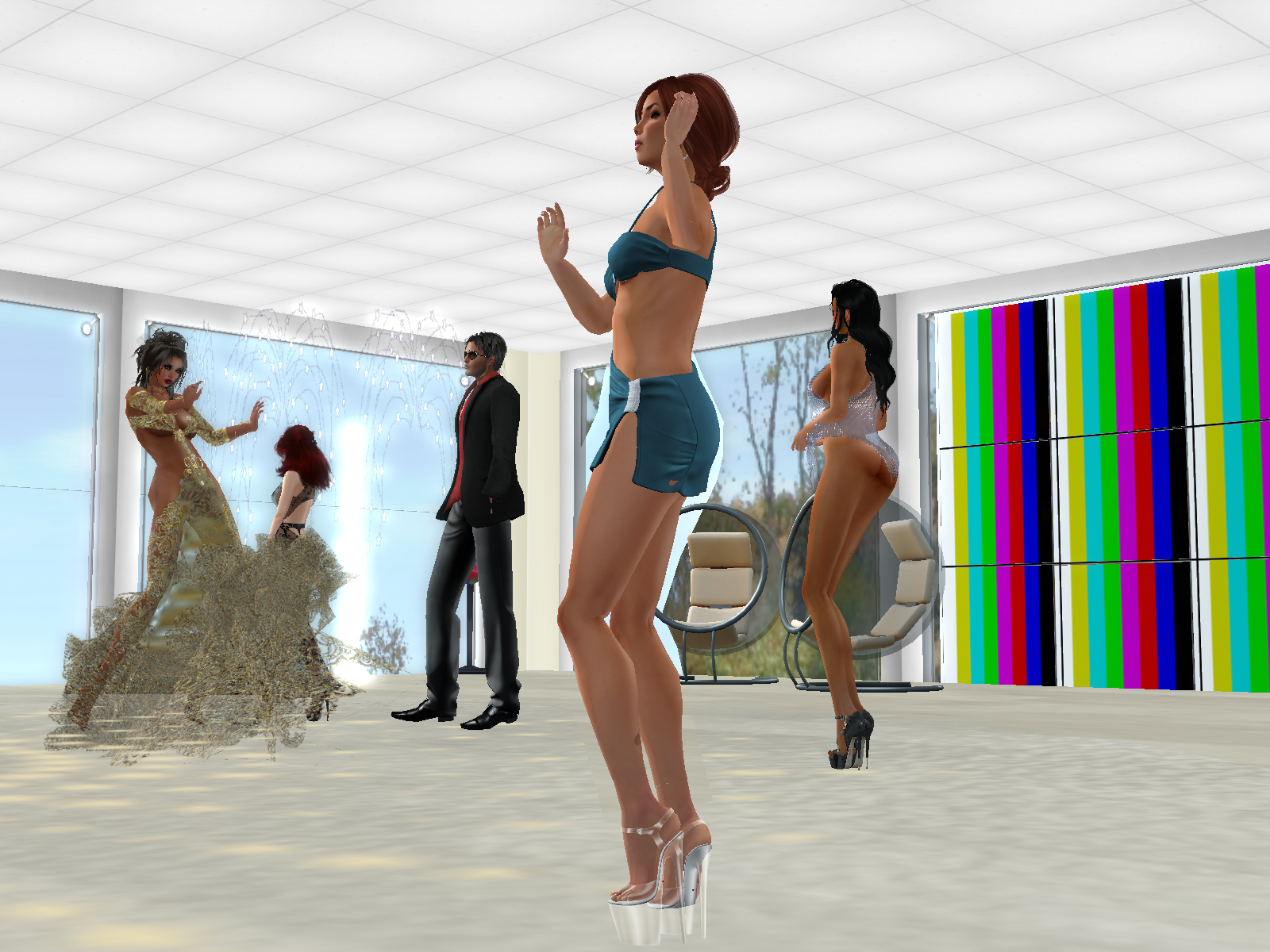 Sultry Silverscreen Productions is a small company, in SecondLife porn business, with which I had been briefly in contact last year through the person of one of his managing director, Shartan Silverstar. I had a brief interview with Mr Silverstar (see the following post), during which he proposed me to become one of the photographers for the upcoming magazine venue. The blog caught his eyes and he wanted me to become a contributor. I gladly accepted but I never had the opportunity to put that on motion, I lacked of time and he was apparently pretty busy on his side.

Still the company kept me on their listings and as they organize regularly some parties, I have been kept receiving invites. I regularly politely refused until mid-January when I accepted to attend one. Like every time, there was a theme : “Glass Heels”. I never owned this kind of heels, so my first task has been to go for some shopping to find the famous heels (at least famous in the porn industry, since I have never seen anyone wearing some in the streets). It was not a hard task and I was quickly equipped. I grabbed one of my shortest dress in my wardrobe, and that was it: it is known that we must go commando in those kind of parties.

I was curious to go actually. I expected I would find some of the best “performers”, the managing directors and a happy few clients invited for the occasion … that was mainly it indeed. However I realized, far too late, that I was massively overdressed. All the girls attending were wearing very revealing outfits: for some of them (as you can see on the pictures), it was pretty obvious that there was not much underneath. I was not shocked, of course not, I just came very unprepared for this kind of events … and well … I was unfit. I could have returned home and changed, but I decided to make the most of it and stayed.

The music was definitely good but there was far more females than males … and well, this is my point of view, but there were too few of them. Still I stayed and I enjoyed the dance floor for some time. I was called a few days later by Mr Silverstar who thanked me for coming, it reminded them of my existence. He actually proposed me to be part of the team for the upcoming venue … so we will see.