In December, I have been contacted by a SecondLife photographer  (who happens to be a photographer in real-life too). He was looking, and is still looking actually, for new models. His name is Coach Oliphaunt, and he has a book on Flickr.

His work, I think, is pretty good and I have to admit I was flattered he thought of me as one of his next models. After a few failed attempts to meet, we finally found an appropriate time, and I headed to his studio with a big smile and a bit nervous too. 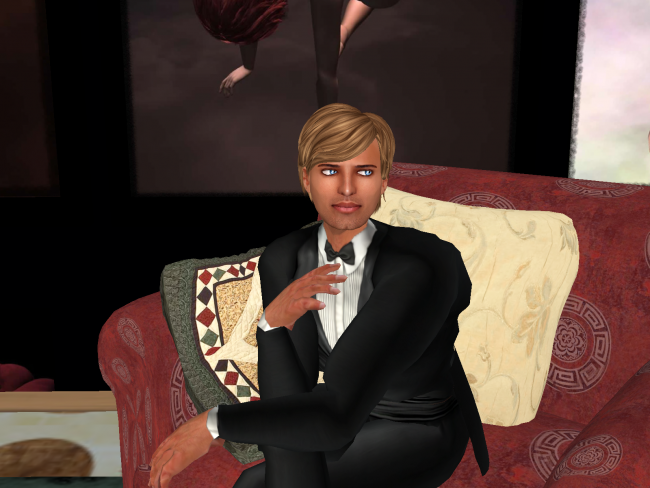 He welcomed me in a tiny room which is difficult to tell exactly what it is: a mix between a living room and an exhibition room. The walls were covered of photographs of naked women … all his work. It was in a sort, quite intimidating. Not the nudity itself, but more the fact that the quality of his work was thrown into my face, I realized I was about to talk with a man who knew his job.

He was very polite and invited me to sit and we started to discuss about it. All was perfect up to this point, I was starting to get pretty excited as each time I am about to expose myself.

It actually turned unexpectedly bad when he asked me if I was prepared to change my shape because he was not satisfied with my current one. He asked me to strip as he could have a more thorough look. I complied but I felt down by his sudden bitter remark, he tried to make it smooth, nevertheless I was touched.

I felt his laser eyes scanning me, it was pretty odd. He made me perform a few changes but it did not succeed in satisfying him. So he abruptly said “You can dress and leave the studio”. It was so rude, I felt down, seriously down and hurt. He explained I was not round and “curvy” enough for being a nude model, at least one of his nude models. I told him about my project to move on a new mesh body and he answered we could meet again then. Definitely I was not good enough

A rather disappointing interview it was indeed! I keep no grief against him, he is an artist and if is work is so good is probably because he is very picky in all steps, including the choice of a model. He even tried to be nice when saying it, but he failed at not hurting me.

Well, if you think you want to give it a try, contact him, he is a nice lad, but he is pretty direct. You are warned.

SecondLife like our real life is not drama-free, as some people would like it to be. I feel this is also what makes the virtual world so vivid. Did you ever experience this kind of unpleasant, frustrating or disappointing situations within SecondLife? Please share it here.

0 responses to “A disappointing interview”