Meeting on the pier … sex on the beach

I was sorting my inventory (a boring activity I have to do sometimes, as most of you, to avoid being lost in my own wardrobe), when I received a call from Igor, an ex-colleague in a Second Life company: we were both interns there, but it was a long time ago. Igor was about to go boating and wanted to know if I would be interested in joining him to discover nice islands of the Second World.

Boating or sorting … The choice was quickly made. I asked for a few minutes to change and fortunately while tidying up my wardrobe, I rediscovered a nice skirt I bought some time ago and never wore: the reason being it’s side-cut on the left hip and shows a lot of skin, in other words I have to find matching panties to go with it … Which I don’t have , so I decided to go commando … I was sure Igor would not complain. Then a yellow top and my pair of sandals and I was ready.

I took a taxi to the pier and found Igor docked there. He was preparing the boat when I arrived. He smiled brightly when he saw me and waved me to come aboard. I did not meet Igor in years, I did not remember he looked so cute and I felt instantly these little tickles in my tummy and had goosebumps on my arms … He was very very attractive, a blond guy with a nice tan, exactly the surfer style that my friend Becky would appreciate I am sure! 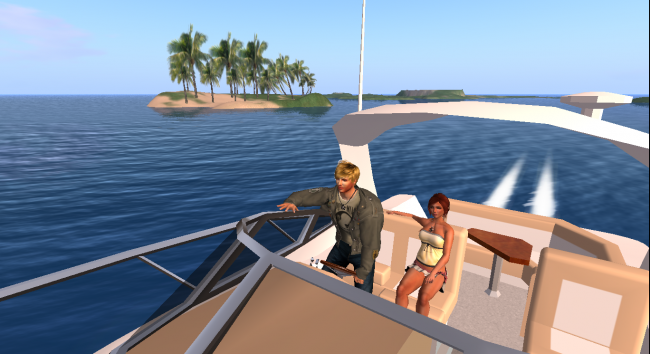 I went aboard and we hugged kindly.

-“So good to see you Cathy! It’s been so long… You look splendid!” He said (he always been such a flatterer).

I smiled to him:
-“Yes too long Igor” I said smiling back to him.

He gestured to make me sit besides him at the front of the boat.
-“Have a sit and fasten your seat belt, I am quite ready to go” he said while controlling some gauges.

The boat was actually a motor boat, despite preferring sail-boats, I found it very beautiful and it really looked like it was able to go very fast.

He finally started the engine and he maneuvered us out of the port. Soon we were speeding across the sea … It was exhilarating: the curves, the speed and the accelerations … The scenery around looked fantastic even if all passed so quickly … his boat was really fast ! It was like a race car on the sea. 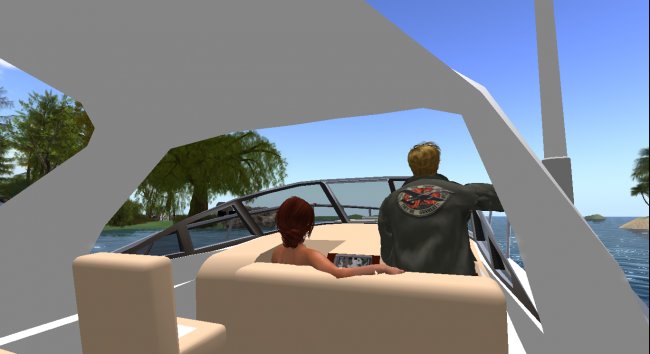 From time to time her cornered eyed him and I caught him, he smiled to me with his cute face, I was under his spell. Finally we passed by a very nice island with a small pier and a villa sitting in the back, bordering a white sand beach,
-“Should we stop for a little break ?” he asked
-“Why not ? The place looks fantastic” 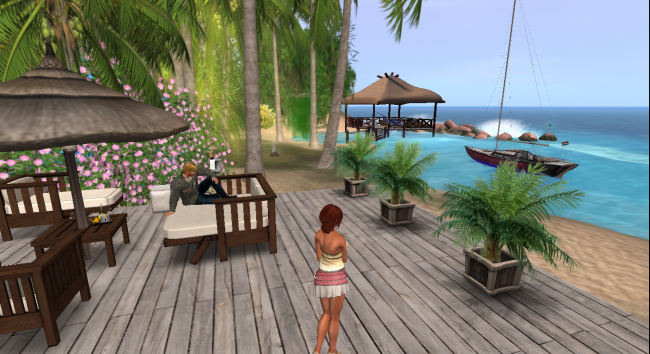 And a few minutes later we were docked and landed on the pier. We moved towards the nice villa. There was a nice garden and some chairs, sofas and tables that seemed to wait for someone to sit on. We called for a few minutes to check if somebody was around, but the place was definitely desert. So we decided to sit ourselves in the very comfy sofa. 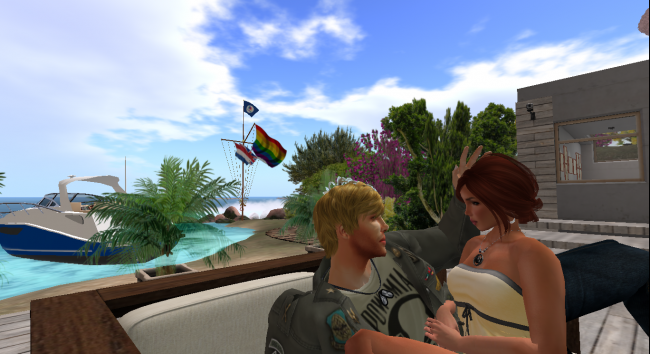 I had to sit cautiously to avoid revealing to Igor my lack of undies … not that I am ashamed or something, it’s just often men tend to think the game is won in advance when they discover these kind of things … where I prefer them to enter in a seduction chat, they are so cute when they are skilled into this (because definitely some are not).

We chatted for some time, remembering our old times as interns and laughing at the situation we were in sometimes. Igor is definitely a nice man, very talkative … the kind of men I could spend hours chatting, the can of men I can talk freely to. I spent a nice moment, and I believe he did as well … at least he did not show he was bored if it was the case,

The more we chatted, the more we became touchy-feely. His hands caressing my face, my hand on his shoulder, his gentle caresses on my thighs … I was in heaven, and I really wanted him to go further … and it happened, he kissed me . 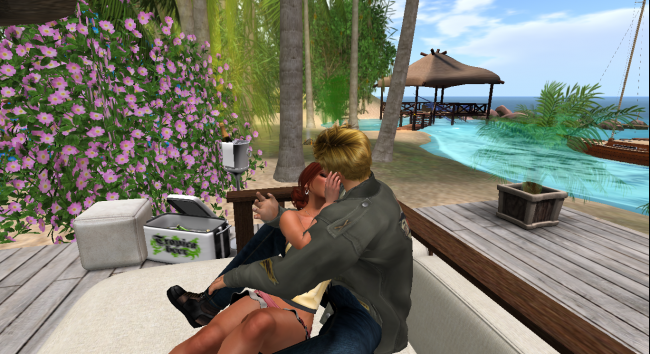 This is when the things became out of control, when pretending it was too warm, he removed his jacket and shirt, revealing his killer bare torso. I could not resist to caress his torso and he laid me on the sofa and soon he discovered my little secret … 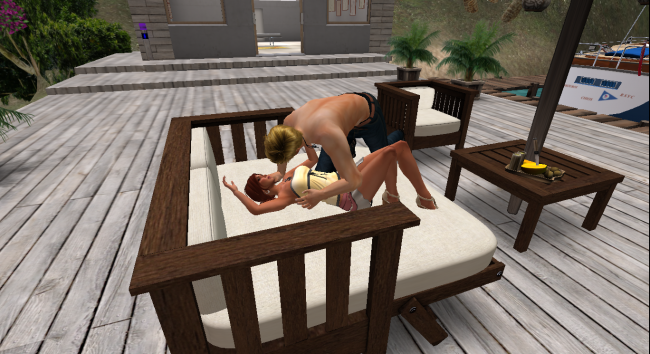 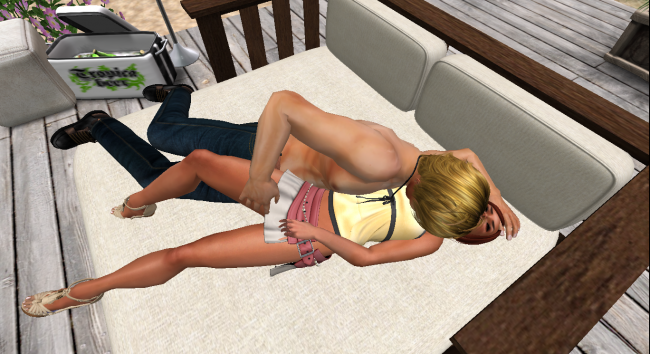 … we were on for a very hot session … in a stranger garden … such a thrill! 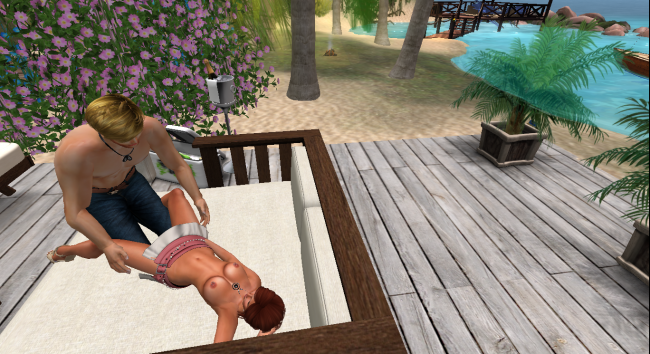 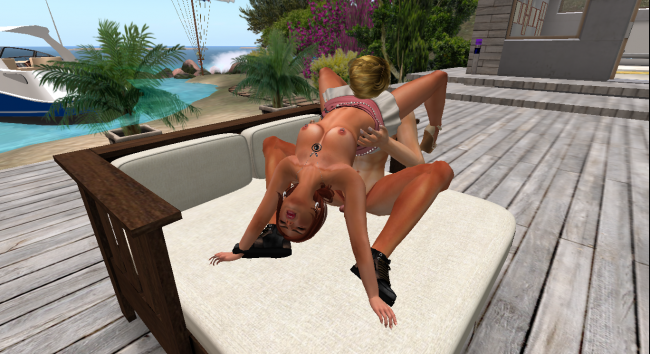 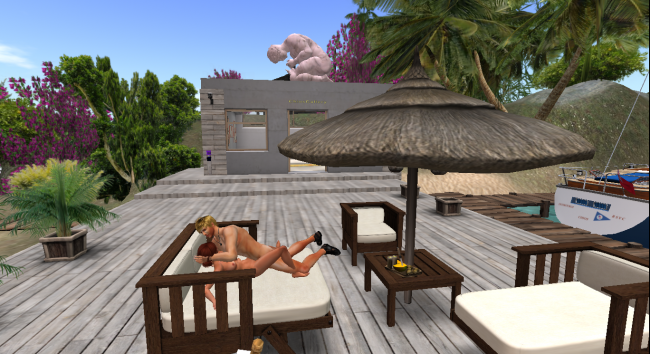 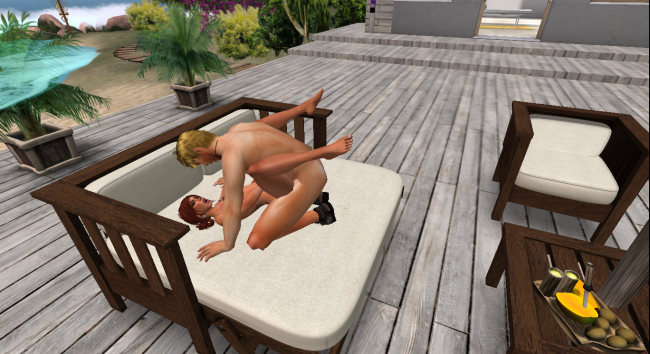 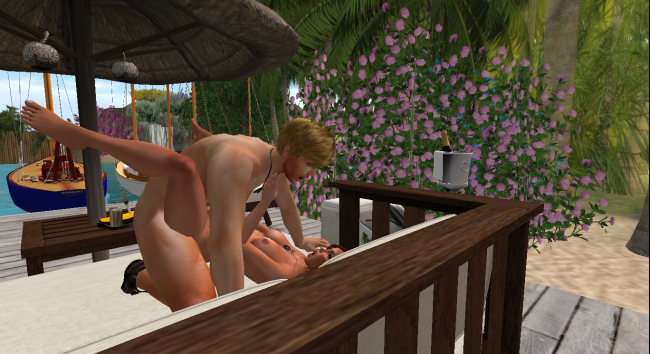 When we were finally done, we spent some time in silence enjoying the calm of the island and the caress of the air on our naked skins. 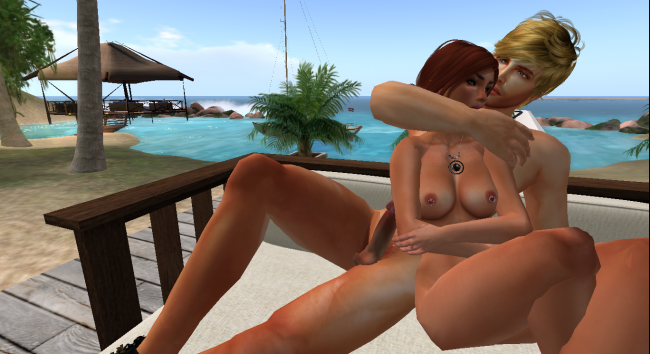 We decided it was time to go back the pier, before the night comes … we spent all the journey back smiling to each other like the young interns we were…. We promised ourselves to see each other again and “discover some islands”.

3 responses to “Meeting on the pier … sex on the beach”